Posted on March 22, 2012 by emmasrandomthoughts

5 Back to Your Arms 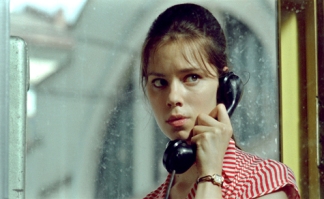 I’m really looking forward to this film.  It’s a German/Lithuanian/Polish  film which is a part of the Central and Eastern Film competition at this year’s festival.  The film takes place in Berlin in 1961, shortly before the wall goes up.  I remember absolutely nothing of the Cold War, since I was 6 when the Berlin Wall came down.  In fact, two years later I was part of a group that did a report on Europe.  I proudly stated, “This is Germany.  There used to be two Germanies, and a wall.  But the wall fell down, so now there’s only one Germany.  The End.”

Ahh, the innocence and simplicity of childhood.

There’s no picture for this group, because we don’t yet know which films will be featured!  Every year, there are two groups of awards for short films, the audience awards, and the jury awards.  This year, I got tickets to the showing of Jury Award winning films!  There will be a mix of short films, and the jury award winners for best live action short film and best animated short film will qualify for submission to the 2013 Academy Awards.  I have always wanted to attend the Jury Film Awards.  I’m so glad I got tickets.  🙂

So, these are the films!  Tomorrow is opening night, and I’ll be back Saturday night or Sunday with my first review for the festival!  🙂  🙂

This entry was posted in Uncategorized and tagged Cleveland International Film Festival. Bookmark the permalink.