Posted on August 1, 2012 by emmasrandomthoughts

I’m old enough to remember when the US women won gold in Atlanta Georgia.

Now, it’s only five girls instead of seven, but I’m still thrilled. 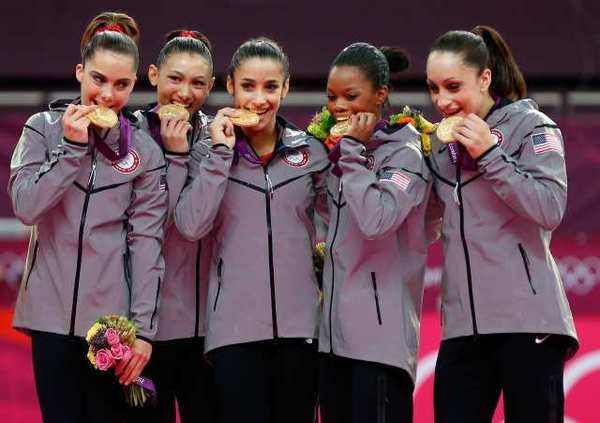 Oh, before I forget, kudos to the British men for winning a bronze medal.  It definitely eased the pain of the US men’s performance to see them step up to the plate (a phrase that has no meaning in Britain, probably) and perform well enough to earn a medal.  Congrats guys, and I’ll definitely be pulling for Louis Smith to win gold on the pommel horse.

And an extra big kudos to Miss Flying Squirrel, Gabby Douglas, who went up on beam for the team and hit!  Good job, just what I was hoping for her.  🙂