Great Gatsby Review, aka, Why I Forgive Baz Luhrmann

Posted on June 1, 2013 by emmasrandomthoughts

Well I saw The Great Gatsby two weeks ago old sport, but never really bothered to review it.

In part, because I realized I spent most of the film trying to analyze whether or not I find Jay Gatsby to be sympathetic.  Conclusion: F. Scott Fitzgerald certainly wants us to find Gatsby sympathetic, but Gatsby’s too much of a figment of his own imagination to be completely sympathetic. 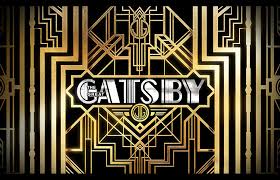 Anyway, is The Great Gatsby entertaining?  Yes, it is.  When Gatsby’s wild party started, I turned to my friend and said “Ain’t no kind of decadence like 1920’s decadence!”  When Gatsby was first introduced, with fireworks erupting behind him and Rhapsody in Blue blaring, my friend and I laughed at the sheer gaudy appropriateness of it all.  I also enjoyed the scene with Tom and his mistress, with the scenes of New York combining hip hop and jazz music. It created a feeling of excitement and romance, the way large American cities must have felt during the roaring twenties, fueled with alcohol, scofflaws, and jazz. 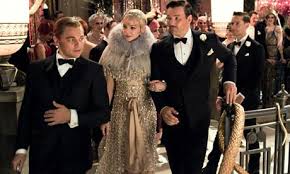 Baz Luhrmann rejects realism in films to some extent, and I find that kind of refreshing.   In a way its a little similar to theater, where a piece of music, sets, or costume designs are not chosen because of historical accuracy but rather because of the theme that the director is trying to evoke in his production.  A good example of this would be to stage a Klingon version of Henry V.  (I’m not sure if this has ever been done, but it should be.  Klingons would totally get Henry V.) 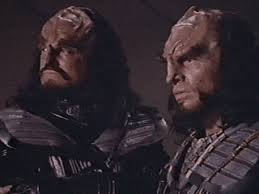 Anyway, movies have for the most part rejected these conventions, for better or for worse.   The Great Gatsby follows this convention to a point with period appropriate costumes, but rejects it when it comes to music.  The funniest example is when Gatsby and Nick are entering New York City and the song H to the Izzo is playing.  At other times, however, this is simply annoying, such as when the song Crazy in Love plays as Gatsby fills Nick’s house with flowers in the hopes of impressing Daisy.

All this in mind, The Great Gatsby is not, well, great.    The use of voice over narration is problematic, since this rarely works very well in film, especially as often as the movie employs.  Second of all, I don’t like the way the film portrayed Tom and Daisy.  Tom is portrayed as a villain, and Daisy is portrayed as a timid mouse.  The movie quotes the book describing them as “careless people who smashed things,” and yet the film does not portray them as careless people, thus undercutting the judgement of the book.   After watching the movie, I reread the book for the first time in over 10 years.  While Gatsby is very much in love with Daisy, I don’t believe that Daisy is actually all that in love with Gatsby.  To me, it seems either to be revenge against her husband’s affair, or simply the infatuation of a child with a shiny new toy.  Probably the latter.

Anyway, the film tries to heighten the romance between Gatsby and Daisy, when I’m not entirely sure that the story and the book support that.  Baz wants this story to be a romance akin to Romeo and Juliet or Moulin Rouge, when it simply isn’t that kind of story, in my opinion.  That is a huge problem, so the tragedy at the end of the movie seems simply overblown.

All this aside, I’m willing to forgive Baz Luhrmann, as I said above.  When I was 13, Romeo+Juliet came out, and everyone went crazy over it.  The fact that it used Shakespeare’s text did not scare anyone away.  A few years later, Moulin Rouge came out, and suddenly the movie musical was back in vogue.  Around the same time, Baz produced La Boheme on Broadway, set in the 1950’s and teenage girls were lining the streets shouting “We love La Boheme!”  (Of course, it must be pointed out that the girls, thanks to Rent, were preconditioned to like La Boheme.) 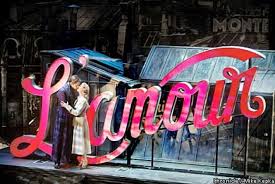 So, perhaps Baz Luhrmann is making movies for teenage girls. But if his movies predispose teenage girls to give Shakespeare and opera a chance, then I am willing to forgive him.  Hey, let’s be honest.  I had pretty much forgotten about The Great Gatsby since I read it that summer ten odd years ago, but after seeing the movie, I felt I had to pick it up and read it again.  And so for that, I say thank you Baz Luhrmann, and I forgive you.

That being said, I read that Baz is considering a version of Hamlet, to which I say, “No!  Do A Midsummer Night’s Dream instead!”

2 Responses to Great Gatsby Review, aka, Why I Forgive Baz Luhrmann