Posted on November 23, 2014 by emmasrandomthoughts

I am including this film for a rather curious reason.

Everyone is likely familiar with the story of Pride and Prejudice by Jane Austen, the story of Elizabeth Bennet, a young woman who must marry, and marry well, to secure her financial future. She crosses swords with a wealthy man, Mr. Darcy, who snubs her at a dance. Misunderstandings ensue, but all ends happily with marriages to rich men.

This is a good film, and Keira Knightley brings youth and emotional intensity to the role of Elizabeth Bennet. It is also beautifully shot. The director uses rather long tracking shots, especially some long shots at the Bingly ball. I also like the adaptations that they made. It condenses the plot but I don’t feel that anything crucial has been jettisoned. 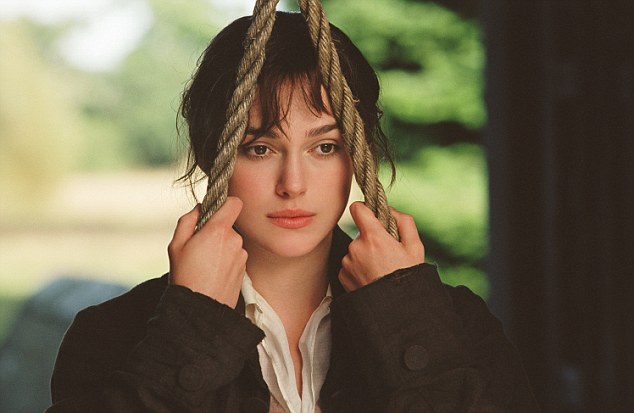 However, I have mixed feelings about this film.

This is another film that originally aired at the Cleveland International Film Festival but I saw at Cinemateque. It tells the story of a quadriplegic who goes on a pilgrimage to Lourdes in the south of France, a place of miraculous healings. She goes because it is one of the few places that paralyzed people can go on vacation. While there, she seems to be the recipient of a miracle.

Viewers expecting a simple, syrupy, story about faith or the power of prayer will either be pleasantly surprised or sorely disappointed. The movie is rather agnostic on Lourdes’ status as a place of healing miracles. It even allows itself to question if divine intervention would necessarily be a positive. In one particularly memorable scene, the woman, shortly after her apparent healing, sees a woman who is there with her sick child. She glares at her with an expression of great pain and confusion. Why her, she thinks, and not my child? The look, and the question, sears into the viewer and all platitudes seem utterly silly and useless in its light.

This video is a French film, and like many foreign films, it lacks a pervasive soundtrack. Many foreign films seem to abstain from music in many, if not most scenes in films. They prefer the quiet. Perhaps I’m just a loud, obnoxious American who is used to other loud, obnoxious Americans, but sometimes I find it hard to focus on quiet films. I hope to overcome that in the future. It’s a small difference (of many) between films in America and foreign films, and this film is a good a film as any to experience it.

This is another film that I like, but I have to admit, I don’t really love it.

First of all, hats off to the performers. It has dynamite performances from Charlize Theron, Sissy Spacek, Frances McDormand, and many others. It’s worth recommending the film on that basis alone. The story line is also incredibly dramatic, exploring both the themes of the first class action sexual harassment lawsuit in the United States, and the bond between mother and son.

However, while this film is good, it could have been great.

The film goes all out in the sexual harassment of the women, to the point where it seems so ludicrous that it fails to disturb. At one point, the men at the mine write the word “cunts” in human feces. I mentioned that to my brother, who said, “You’d have to really hate women to put your hands on your own feces.” Now, it is possible that this really happened, I don’t know. But that was so extreme it practically seemed farcical.

Around the same time, I tried to watch a few episodes of Mad Men. The very first episode, the head secretary told Peggy to go on the Pill, as though that was simply part of her job. The comments the men made (the propositions, insults, comments about weight) were incessant, and I actually had to stop watching the show.

You see, it is difficult to imagine working in a place where men pick up human feces and use it to write derogatory comments on the wall. It is easier to imagine the constant, little comments that slowly, but surely tear people down. (Of course, in the movies, go big or go home.)

I also thought the movie took a simplistic view of the men in the mines. The real women in the film stated in an interview that not all the men were horrific. In fact, they actually received a lot of support from the men at the mine to file the lawsuit. One woman recounts how one of her male coworkers told her, “I know it’s tough, but if you quit now, you’ll have just as many men mad at you for quitting.” (That probably doesn’t read right, but he meant it as a statement of support.) Too often when Hollywood makes movies about sexism or the problems of women, it goes for the “men are evil” take. It is rarely that simple, and it minimizes the more subtle attacks (someone called them microagressions) that women face regularly.

I still recommend this movie on the strength of its performances and its plethora of wonderful women characters. However, I urge people to watch it with a critical eye and to consider how Hollywood can make these movies better without compromising the drama.