Posted on May 10, 2015 by emmasrandomthoughts

Juno tells the story of a sixteen year old girl who discovers that she is pregnant. At first, she contemplates having an abortion, but she decides to put the baby up for adoption instead. With her friend’s help, they search the penny savers for ads for potential adoptive parents looking for babies to adopt. The film follows her through the course of her school year and pregnancy as she tells her parents, carries her child, finds love, and wonders if couples can truly stay together forever. 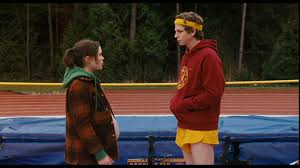 This will probably be a controversial addition to my list. Many people loved this film when it was first released, only to turn against it and hate it. I don’t care. I like the film. I never considered Juno to be the greatest film ever made, but I do enjoy the film’s quirkiness and heart.

Over one hundred years ago, a young girl was princess in the Kingdom of Hawaii, an island paradise and a very modern country. The Hawaiian palace had electricity before the White House would embrace the new technology. Her name was Kaiulani, and she spent time studying in Britain. While she was there, she received news that her country had been annexed by the United States, and her people subjugated. Kaiulani, still a young woman, was forced to leave her school life behind and fight for the rights of her people.

Princess Kaiulani follows the moving story of a young girl placed in a seemingly impossible situation. Her country is irreversibly destroyed. The Hawaiians are in desperate need of an advocate to demand that their rights be respected. The odds were very much against her. She was young, she was a woman, she was a person of color. This film brings to light the story of a young woman unknown to most Americans.

Women can often have a complicated relationship with religion. On the one hand, they can find religion comforting and empowering. At the same time, it can be frustrating and limiting. Yentl tells the story of a woman who finds her religion to be both empowering and limiting. Her father recognizes her love of her faith and her intelligence and teaches her the Torah and the Talmud. When he dies, Yentl disguises herself as a boy and seeks to further her education in Jewish law.

This is not a perfect film; the last third of the movie became a little silly. Even so, I appreciated the dilemma of the main character. I also couldn’t help but feel that the film also has an elegiac quality to it. I was moved by the artistic depiction of a flourishing Jewish community in Poland, well aware that in two generations, their community will be destroyed and everyone will be dead. I don’t know whether this was a conscious decision on the part of the filmmakers or something that I projected onto the film. Barbara Streisand also proves herself to be a very capable director, as well as actress and singer. She had her hands full with this film!