Poe’s Journey in The Last Jedi : Poe ends up a Mary Sue

Posted on July 12, 2019 by emmasrandomthoughts

“Gee, golly, gosh, gloriosky,” thought Mary Sue as she stepped on the bridge of the Enterprise. “Here I am, the youngest lieutenant in the fleet – only fifteen and a half years old.” Captain Kirk came up to her.

“Oh, Lieutenant, I love you madly. Will you come to bed with me?” “Captain! I am not that kind of girl!” “You’re right, and I respect you for it. Here, take over the ship for a minute while I go get some coffee for us.” Mr. Spock came onto the bridge. “What are you doing in the command seat, Lieutenant?” “The Captain told me to.” “Flawlessly logical. I admire your mind.”

Captain Kirk, Mr. Spock, Dr. McCoy and Mr. Scott beamed down with Lt. Mary Sue to Rigel XXXVII. They were attacked by green androids and thrown into prison. In a moment of weakness Lt. Mary Sue revealed to Mr. Spock that she too was half Vulcan. Recovering quickly, she sprung the lock with her hairpin and they all got away back to the ship.

But back on board, Dr. McCoy and Lt. Mary Sue found out that the men who had beamed down were seriously stricken by the jumping cold robbies , Mary Sue less so. While the four officers languished in Sick Bay, Lt. Mary Sue ran the ship, and ran it so well she received the Nobel Peace Prize, the Vulcan Order of Gallantry and the Tralfamadorian Order of Good Guyhood.

However the disease finally got to her and she fell fatally ill. In the Sick Bay as she breathed her last, she was surrounded by Captain Kirk, Mr. Spock, Dr. McCoy, and Mr. Scott, all weeping unashamedly at the loss of her beautiful youth and youthful beauty, intelligence, capability and all around niceness. Even to this day her birthday is a national holiday of the Enterprise.

If you spent any time absorbing the online “discourse” about Star Wars: The Last Jedi, you probably encountered the phrase “Mary Sue.”  Now, because video games have poisoned most Star Wars fans ability to understand movies, the general definition of Mary Sue was “an overpowered character.”  This is because most Star Wars fans spent formative years playing video games, and they cannot understand a character other than their “power levels,” as opposed to personality traits, virtues, vices, and the moral choices that they make in difficult circumstances.

(Seriously, I want to strap all of these guys into a chair and force them to watch Sense and Sensibility.) 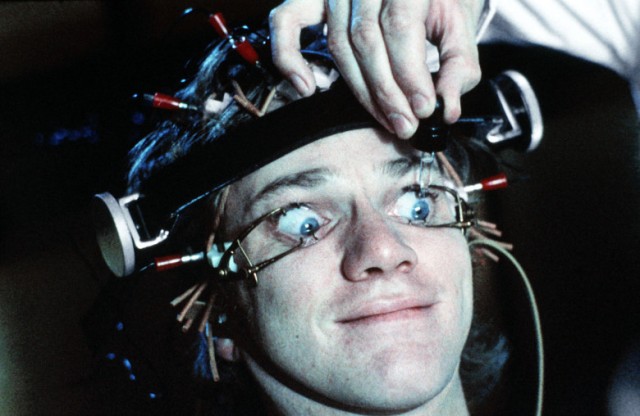 But if we go back to the original fan fiction that spawned the term “Mary Sue,” we don’t see any sense of “power.”  We don’t see her physically fighting other characters.  She does not overpower her enemies.  So if the original Mary Sue is not “overpowered,” what does it mean to be a Mary Sue?

Well, if we read A Trekkie’s Tale, we see fanfiction that presents a wholesome character who easily wins over other characters’ approval.  When she refuses to sleep with Captain Kirk, he is impressed, not angered, and gives her command of the Enterprise.  When Spock questioned why she is commanding the Enterprise, she answers that she is following orders, and he immediately admires her logic.

We also see that she easily overcomes all obstacles, and renders the other established characters meaningless.  When they are captured on an away mission, Mary Sue saves everyone by picking the lock.  Mary Sue also runs the Enterprise by herself while all of the top officers are incapacitated with illness.  She is awarded for this by numerous prizes.

We also see in A Trekkie’s Tale a common mistake amateur or inexperienced writers make; they are not mean to their characters.  This is especially common in fanfiction, when writers sometimes write themselves into the stories as a kind of wish fulfillment.  As a result, they make the main characters an idealized version of themselves and also permit the characters to easily overcome all obstacles and win the love of everyone.

2 Poe Escapes Any Consequences of His Actions

I want to focus on the first interaction we see between Mary Sue and Captain Kirk.  In the story, she refuses to sleep with Captain Kirk (her boss!) and he replies that he respects her for it and gives her command of the ship.  Mary Sue makes a decision, and is spared the consequences of this decision.  Instead of being punished for it, she is rewarded.

We see something similar with Poe.

Poe stages a mutiny (a capital offence in days of old) to relieve Vice Admiral Holdo of command.  Despite this, Holdo tells Leia that she likes him!  Leia also soothes Poe and explains to him Holdo’s plan, much like a parent teaching a child a lesson.  She does not punish him at all for mutiny.

Worse, Poe’s plan actually gets people killed.  But he doesn’t know this!  In Aristotle’s Poetics, he talks about the moment when the tragic hero discovers that his flaw, and flawed decisions, has brought about disaster.  In Oedipus the King, this is the moment when Oedipus discovers that he has killed his father and married his mother.  In Julius Caesar, this is the moment Brutus realizes he has lost at the battle of Philippi and his attempt to prevent the downfall of the Roman Republic has failed.  Poe never has this moment in the story.  It is such a disappointment.

Poe reaches peak Mary Sue at the Battle of Crait.

At the Battle of Crait, Poe rallies everyone to try to find another route out of the cave to escape.  His fellow soldiers turn to Leia for instructions.  She says, “What are you looking at me for?  Follow him!’

If Rian Johnson had brought his screenplay to a writing group, I would give him the following suggestions.

1 I would ask him to consider finding a way for Poe to KNOW that his decisions caused the death of others and nearly destroyed the resistance.

2 I would also recommend that Poe end up in the brig (or Resistance jail) at the end of the story.

3 I would also ask him to consider two questions.

a Would the audience forgive Poe if he was responsible for Leia’s death?

I ask these questions because I am not sure if Holdo or Leia should be the one to fly the ship into the Supremacy.  To me, it depends on the answers to these questions.   If the worst thing that can happen to Poe is

1 knowing he is responsible for Leia’s death AND

then I think Leia should fly the the ship into the Supremacy.  Poe will then confess to Holdo that he is responsible for the deaths of most members of the Resistance.  Holdo will then strip him of his ranks and imprison him in the Millennium Falcon’s smuggling cargo holds.

If the answers to either question 1 or 2 is No, then Vice Admiral Holdo can fly the ship into the Supremacy.  Poe can then confess to Leia that he is responsible for the deaths of most members of the Resistance.  Leia will then strip him of his ranks and imprison him in the Millennium Falcon’s smuggling cargo holds.